Story Title: The Man Who Loved Pride And Prejudice (aka Pemberley By The Sea)
Author Name: Abigail Reynolds
Category: Pride & Prejudice
Story Url: Story Link
Alternate Url: Amazon Link
Content Rating: Mature
Status: Completed
Length: 123,800 words
Story Summary: Marine biologist Cassie Boulton likes her coffee with cream and her literature with happy endings. Her favorite book is Pride & Prejudice, but Cassie has no patience when a modern-day Mr Darcy appears in her lab. Silent and aloof, Calder Westing III doesn’t seem to offer anything but a famous family name. But there is more to Calder than meets the eye, and he can’t get enough of Cassie Boulton. Especially after one passionate night by the sea. But Cassie keeps her distance. Behind the veneer of scientific accomplishment, wit, and warmth, she is determined to hide secrets from her past. That means avoiding men who want to get too close, especially tempting and dangerous ones like Calder. Frustrated by Cassie’s evasions, Calder tells her about his feelings the only way she’ll let him – by rewriting her favorite book, with the two of them in the roles of Mr Darcy and Elizabeth Bennet. But only Cassie can decide whether to risk her future by telling him the dangerous truth.

Gioia’s Rec:
Abigail Reynolds is one of those authors who never disappoints.  I love her books.  I’ve had this one on my To Read list for a few years.  I initially hesitated to dive in because I wasn’t fond of modernized versions of P&P.  (I’ve changed my mind on that, as is probably apparent by some of my recent recs.)  I also had the mistaken impression – I don’t recall why – that this was an angsty story.  It’s not.  It’s inspiring, educating, emotional and romantic.

One reason I’ve not been as enthusiastic about modern versions of P&P is that I’ve seen a few which were rather light on character development and mostly just focused on the idea of how cool it would be to marry a rich man. (And yes, Fiddler on the Roof is playing in my head as I type that.)  It’s not that I’m entirely opposed to a Cinderella-ish story; it’s that, for me, Jane Austen’s book was always about far more than money.  It’s the character growth, the wit and the suspense which first sold me on Pride and Prejudice so many years ago.  Thankfully, that seems to be what Abigail Reynolds loves about P&P, too.  Although her version of Darcy is rich, it would be impossible to trivialize this book as simply being about money.  I won’t attempt to encapsulate the book’s purpose, but I will say that one thoughtful point made was understanding the difference between following one’s dreams at all costs vs. deciding that a new dream is more important to one’s happiness, even if it involves seemingly sacrificial choices.

The protagonists in The Man Who Loved Pride And Prejudice are flawed.  That really ought to go without saying in any novel, but again, I’ve been bored in the past by books that feature perfect people.  I’ve never been perfect, and I think a romance with such a person would be immensely annoying.  I relate far more to people who make utter disasters of their lives every once in awhile.  Reynolds’ protagonist, Cassie, is an extremely accomplished woman in that regard, even though every decision she makes is one that seems perfectly sensible and logical at the time, given the information at her disposal.  When a stiff, taciturn, snobby rich guy walks in making arrogant remarks and then freezing up when Cassie is friendly and welcoming, I was offended on her behalf.  And while I know the typical P&P plot structure fairly well (As per my son, “Popular, hot, rich guy is a jerk.  Middle-class, hot girl is a jerk back at him. Popular guy turns out to be nice.  Middle-class girl decides he’s not a jerk after all.  Cue make-out scene.), Reynolds still managed to blow me away with the journey her characters take.  And here’s the kicker: Even when I disagreed with Cassie’s opinions or actions, I was rooting for her every step of the way.

Mid-way through the book we have the Hunsford-esque scene, when the veil is torn from Cassie’s eyes and she suddenly figures pseudo-Darcy out.  Oh, but the way this happens is amazing. It’s brilliant. It’s sheer genius.  I was stunned.  The stand-in for Darcy’s letter is a phenomenal plot device.  Have you ever loved a book so much you wanted to give a standing ovation to the author?  I definitely had one of those moments here. 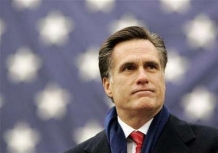 I’ve wanted an excuse to post this picture for years. I give you the best Politician Barbie I’ve ever seen. Please note his patriotic color coordination and resolute expression.

Calder Westing III, Reynolds’ version of Darcy, turns out to be a member of a political clan that is very Kennedy-ish.  It’s as if John-John strolled into this book.  But that doesn’t mean that Reynolds writes Calder as if he’s some plastic Ken The Politician Barbie Doll.  Calder’s well-rounded enough to surprise me repeatedly, and so appealing I just want to hunt the poor man down and hug him.  Even his family is far more complicated than they first appear. His personality, goals and dreams are, too.  There’s no cookie-cutter Darcy here.

I’ve cried over these characters, booed a few, cheered my favorites on, and I was seriously tempted to do a little jig in a few spots.  Given what I’m juggling in life right now, this book was an incredibly welcome mental vacation.  As an angst-a-phobe, I’m also thrilled to attest to the fact that Reynolds doesn’t create pointless relationship angst. I’ve ranted many times in the past about how I like to see a literary couple face their troubles (aka growth opportunities) in issues originating outside the relationship, not within. There’s no reason to make people miserable just to provide conflict for a story.  Abigail Reynolds has not bought into producer Jason Katims’ absurd belief that, “A happy couple is a boring couple.”  Instead, she proves in this story that a happy, united couple can kick ass thanks to trust and unconditional love.

My Only Critique:  As with my last rec of Gardiner for America, be aware that the few political references in this story are from the perspective of a Democrat.  As a Republican who gets extremely annoyed when my beliefs are portrayed as signs of secret fascist urges, trust me when I say that you should have no problem with this book.  Unlike Gardiner for America, this book isn’t actually centered around politics.  But when political views are mentioned, it’s crystal clear that the bad guys are portrayed as bad guys because they’re bad guys – not because they hold to one political view or another.  If you’re tempted to recommend this book to your conservative friends, it’s far more pertinent for me to warn you about the love scenes than the politics.  I don’t think anyone’s enjoyment of this story will be hindered by the politics.  As for the love scenes, they were focused on the romance and the emotion, not the smut.   Even so, although my family wouldn’t blink over the politics, I’d probably tell my mom to pull out her official Judy Blume Black Marker Of Censorship if I loaned my copy of the book to her.   My poor copy of Tales Of A Fourth Grade Nothing was never the same, though, so I’ll probably just keep this book to myself.

I'm a wife and mother and, when not tied up with responsibilities, I read non-stop. I love to share my favorite stories with others, thus the existence of my blog.
View all posts by Gioia →
This entry was posted in Bennets have a son, Character Study, Chick Lit, Content Rating-P&P: Mature (R), Conventional (Canon) Couple, Drama/Angst, Era: Modern, Het: M/F, Hurt/Comfort, Introspective, Mr. Bingley/Jane Bennet, Mr. Darcy/Elizabeth Bennet, OMC/Elizabeth Bennet, Original Character featured, Pride & Prejudice, Prior Relationship for Elizabeth or Darcy, Published Novel, Romance and tagged Book Review, Pride & Prejudice. Bookmark the permalink.